Capetown is quite a beautiful city. We stayed in a hotel at Victoria Wharf. The area is much like San Francisco’s Fisherman’s Wharf, even with the morning fog. No sour dough French bread though. I would have to say it is actually nicer, cleaner and better organized. We purchased a two day pass on the double decker red tourists busses and saw the city in its entirety, even the three wineries and vineyards within the city limits. The southern coastal area of the city looks like the French Riviera with multi million dollar residences built down the cliffs to the beaches. There are numerous beach districts along the coast road with these homes.

We road the cable car to the top of Cable Mountain for spectacular views of the city and Southern tip of Africa. 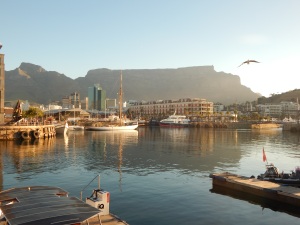 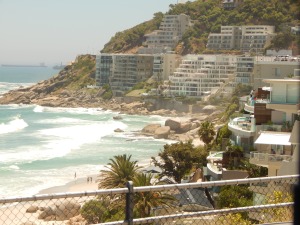