Cochin has an interesting history. First discovered by Vasco de Gama (fortunate for the natives because they didn’t know where they were) in 1552 making it a Portugese colony. Next came the priests to convert the heathens. Then the Dutch took over and converted the Catholic churches to Luthern churches. Then the

Jews arrived in Kerala in 72AD fleeing the Romans. Cochin has a Synagogue but only 5 remaining Jews. The majority have immigrated on to the West, Europe and Australia. About 5,000 Jews remain in all of India.

Our dinner was Celeste”s birthday dinner. Ya, I bought the group’s CD.

View from our balcony. 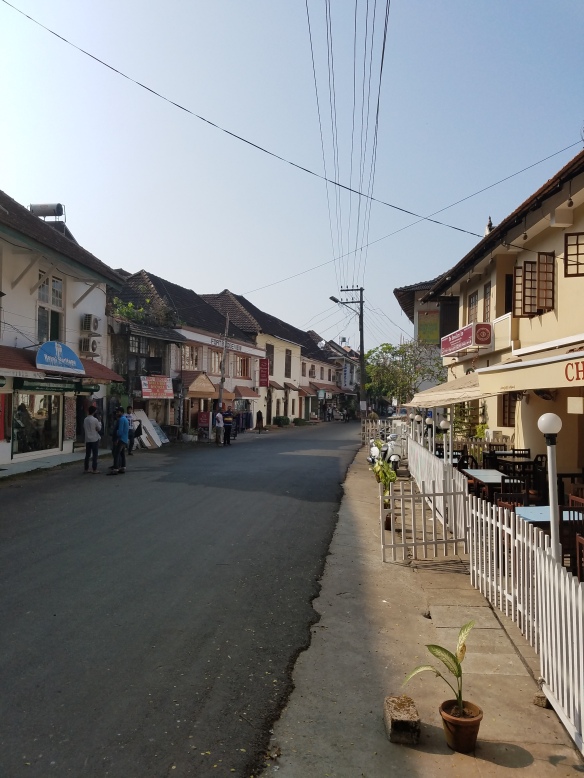 Celeste is giving a few ironing tips to the professional laundry man.